The miracle that was considered for the canonization of Blessed Chavara Kuriakose Elias was the instantaneous, total and stable cure of the squint eye (esotropia) of Maria Jose, an RCSC girl of age 9 from Pala in Kottayam District of Kerala State in India. Maria visited Tomb of Chavara Achan at Mannanam on 12 October 2007 along with her parents and  squint in her eyes disappearedon 16 October 2007. On 18 March 2014, the miracle was approved by the Congregation for the Causes of the Saints in the Cardinals’ Meeting which leads to the ceremony of canonization on 23 November 2014. 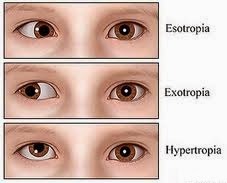 Maria was born in Pala on 5 April 2005. She was baptized in the St. Thomas Cathedral Church, Pala.  She had the defect of congenital squint (alternating esotropia) in both her eyes. Doctors says surgery was only remedy. Her mother trust a lot in Jesus and she take Mariamol to Chavara Kuriakose tomb in Mannanam which is located 25 kilometers away from her home in Pala. Squint Eye was cured.
Posted by Engineers World at 11:19 AM